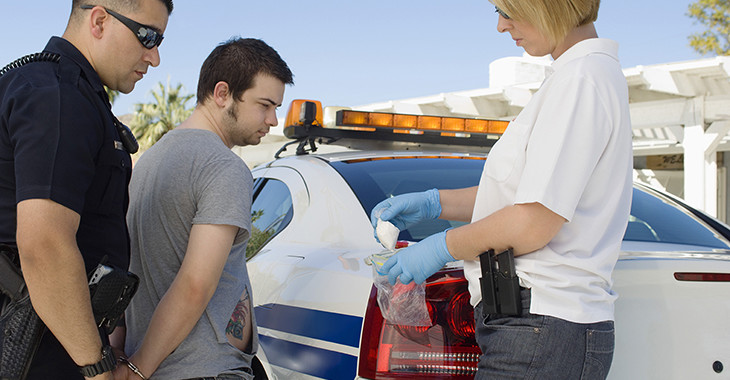 Being charged with a Criminal Defense charge can carry a variety of consequences – depending on the severity of the case. Outcomes can range from jail sentences, fines or disqualification from potential opportunities within a certain field. Criminal Defense cases can include offenses such as assault, drug crimes and theft, and having a Minneapolis criminal defense attorney experienced in all of the offenses is critical to achieve a favorable outcome.

By working alongside Gerald Miller you will be able to fight the case with the utmost of confidence in getting a result that you desire. Thanks to over 35 years of experience in the industry, you can be assured that Gerald Miller has the credentials to help you succeed in your case.

Call Gerald Miller “Super Lawyer” today at 612-341-9080. Our lines are open 24 hours and we are here waiting to help you NOW.
For more information on the areas we cover, use the links on the right side of the page.

After you’ve been released from prison, there is a usually a period of re-integration known as parole. During that period, you are required to comply with the specific terms and conditions set out by the courts or parole officer. Failure to comply with these terms and conditions can have serious consequences, seeing as the parole period is a test to determine if the individual is ready to re-enter society following a prison sentence. What those consequences are depends upon the type of violation that occurs and the decision of the parole officer and parole board. Call the best Minneapolis criminal defense attorney to help you navigate your case, Gerald Miller!

A sentence for a drug offense in Minnesota is usually determined by guidelines set by the Sentencing Guidelines Commission, but actual length of a sentence for a drug charge is actually linked to the defendant’s past criminal record. As a result, the penalties are far more severe for repeat offenders. It is also possible that a judge may consider other factors when deciding on a sentence, such as if a drug crime took place in a school zone or public park, the punishment may be more severe. To make sure you have a solid defense, call Minneapolis Criminal Defense Attorney, Gerald Miller, at 612-440-3677 today!

The laws for assault in the state of Minnesota are some of the toughest in the country, and if you have been charged with an assault crime you may be facing the prospect of serving a lengthy prison term, not to mention a hefty fine. A first degree assault, for example, is characterized by physically assaulting someone to the point of great bodily harm, or in other words putting a person at risk of death, causing disfigurement or loss of use. First degree assault is a felony charge and carries up to 20 years in prison with $30,000 in fines. There is also the possibility of facing second, third, fourth and fifth degree assault charges. For more information on this particular offense, call the best Minneapolis criminal defense attorney, Gerald Miller, today!

There is something of a misconception that a disorderly conduct charge is minor offense. And though it may be less serious than violent offenses or felonies, it is a crime and it does have the potential to lead to serious and life changing punishments. If you are found to be disturbing the peace, then you could be looking at an arrest and possible conviction for disorderly conduct. Under Minnesota law, a disorderly conduct is a misdemeanor offense, and one that carries a potential sentence of 90 days in jail and a $1,000 fine. If you are charged with this offense, call Minneapolis defense attorney Gerald Miller, to assist you in your defense.

Being accused of shoplifting or a theft crime can change a person’s life forever, as well as the way other people view them. Under Minnesota law, theft offenses are extremely varied. It could be anything from walking out of a store without paying to being accused of deceiving someone for a larger monetary gain. A charge and the resulting sentence very much depends on the circumstances surrounding the alleged offense, and prosecution will consider both the value of the stolen property as well as how exactly it was taken when determining the ultimate sentence. With such a complex charge, it is important you get clarity by calling Minneapolis criminal defense attorney, Gerald Miller, today!

Cases involving weapons or firearms are taken very seriously in Minnesota and charges range from recklessly handling a gun or other dangerous weapon or explosive to endanger the safety of another, to intentionally pointing a gun at or toward another. With weapons charges the punishment very much depends on the nature and severity of the crime. For example, if the offense was committed in a public housing area, school property, or public park the charge can be elevated to a gross misdemeanor offense, leading to a potential sentence of one year in jail and $3,000 in fines. If you are charged with a weapons charge in Minnesota, call Minneapolis criminal defense attorney Gerald Miller to help you navigate your case.

As in most states, prostitution is deemed as an offense in Minnesota and those who solicit or traffic others to act as prostitutes face greater penalties than prostitutes and their patrons do. Under Minnesota law prostitution is essentially defined as engaging, or agreeing to engage in, sexual penetration or sexual contact for hire and being charged with such an offense can be a very serious matter, as well as deeply embarrassing. Engaging in prostitution with an adult prostitute is a misdemeanor offense and if found guilty there is a minimum fine of $500 and even the possibility of 90 days in jail. Making sure you have a solid Minneapolis criminal defense attorney defending you in court is critical, so call Gerald Miller today!

There are a number of different charges that can fall under the category of “Sex Crimes”. These can include charges ranging from sexual abuse, sexual harassment, indecent exposure, sexual assault, internet sex crimes or rape. According to Minnesota law, there are five degrees of Criminal Sexual Conduct. First degree is the most severe with five the least. A number of varying factors must be taken into account when defining what degree of Criminal Sexual Conduct your case may fall under.

In any situation, Minneapolis Criminal Defense attorney, Gerald Miller can provide you with the information and reassurance that you need in your case.

Waiting can make it worse