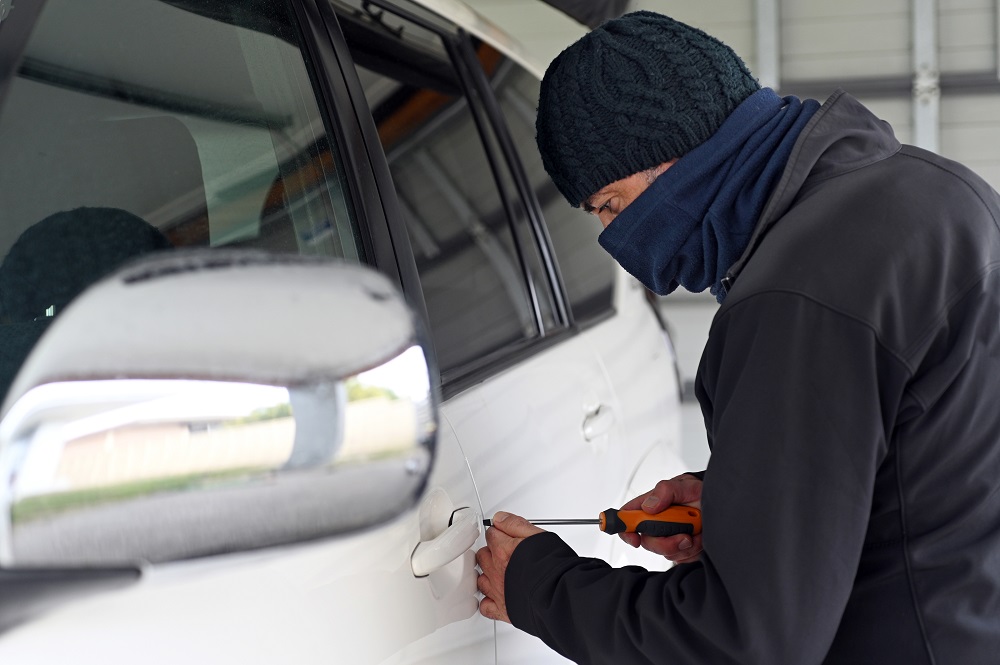 What Is Motor Vehicle Theft in Minneapolis and Minnesota?

If you are accused of stealing an automobile, the consequences you face upon conviction could be dire. There is a possibility of your sentence including lengthy prison terms, costly fines, and other penalties. A motor vehicle theft charges lawyer of Gerald Miller are strong advocates for those accused of theft. If you are ready to fight back against the charges levied against you, call us right away for a free consultation.

There are a variety of ways a theft-related crime could occur. Motor vehicle thefts represent only one of the types of theft cases the state might bring in a Minnesota court room. Despite the way these offenses can vary, Minnesota law applies one statute to all theft charges.

Minnesota’s theft statute is located at Minnesota Statutes Section 609.52. This lengthy statute defines important terms, outlines the burden of proof for different types of theft offenses, and sets the punishment for a conviction. In total, the statute identifies 19 different acts that qualify as a theft offense under the statute. Some examples include stealing cable, wage theft, or writing a hot check. The statute also has a specific section dedicated to motor vehicle theft. According to the statute, theft occurs when a person “takes or drives a motor vehicle without the consent of the owner or an authorized agent of the owner, knowing or having reason to know that the owner or an authorized agent of the owner did not give consent.”

Second, there is also an intent requirement written into the statute. To secure a conviction, the state must prove beyond a reasonable doubt that you must have known or had a reason to know that the owner did not consent for you to take the vehicle. In other words, you have not committed theft if you have a reasonable belief that you had permission to use the car. The same is true of cases where an honest mistake is made.

It should be noted that it is not necessary for the state to show that you knew with certainty that you did not have permission to take the car. If the circumstances were such that a reasonable person would not believe they had consent, you could still be guilty of theft even if you were not certain about the owner’s intentions.

Given how many different types of theft charges there are under state law, it should come as no surprise that there are likewise a variety of potential penalties. In most theft cases, the dollar value of the object allegedly stolen will determine the severity of the penalties. The more valuable the object is, the higher the penalty is likely to be.

This is also the case for theft charges involving motor vehicles. The deciding factor when the court assesses these penalties is whether or not the stolen vehicle was worth more or less than $5,000. According to the statute, the theft of a vehicle worth less than $5,000 will result in a maximum prison sentence of five years. If the vehicle is worth equal to or more than $5,000, the maximum prison term is 10 years.

Some states recognize a separate theft offense known as joyriding. Joyriding is a term used to describe a person—typically a juvenile—taking a motor vehicle for a drive without consent before returning it after a few hours.

The term joyride might leave you with the impression that these acts might not result in serious consequences. The reality is that Minnesota does not recognize a criminal offense of joyriding. Instead, this activity falls under the same theft statute as any other motor vehicle theft case. In other words, joyriding could bring the same penalties as an outright theft.

Of course, a judge might be prepared to offer more leniency for a teenager joyriding in a family member’s care compared to an adult stealing a motor vehicle from a stranger. The theft statute sets out maximum penalties, but the courts have the power to sentence a person below these maximums.

That is one of the areas where the guidance of an experienced attorney could be so valuable. The attorneys of Gerald Miller will continue fighting for you even if you are ultimately convicted of theft. We can make the case during the sentencing phase that you deserve leniency. Often, first-time offenders could avoid any jail time at all following a joyriding incident.

Failure to Return a Rental Car in Minneapolis

Another situation that could result in a theft charge is the failure to return a rental car. Some people might assume that a theft offense would be inappropriate under these circumstances. After all, the person in question paid to rent the vehicle.

The reality is that theft does not always involve an unlawful taking. Theft cases can also result from a person keeping someone else’s property longer than they were entitled to do so. Once the agreed leasing period ends, that person no longer has the right to keep the vehicle. Keeping a vehicle beyond the consent of the rental company is treated the same under the law as any other theft case.

Of course, most rental companies will only pursue criminal charges against a customer as a last resort. If the failure to return a rental car is the result of a mistake or misunderstanding, it could be possible to clear the issue up without the involvement of the police.

Once the state decides to pursue a theft case following the failure to return a rental car, these cases are treated no differently than any other motor vehicle theft. If convicted, the same penalties will also apply. Given the stakes, it is important to speak to an attorney if you have been accused of failing to return a rental car. The attorneys at Gerald Miller could help you resolve these issues and potentially avoid a criminal charge entirely.

There are other statutes that deal with different types of motor vehicle thefts. Typically, auto theft occurs when the owner of the vehicle is not around and the car itself is unoccupied. A carjacking is the theft of a car while the driver or passengers are within the vehicle. This type of offense is governed by a different statute.

Any allegation of motor vehicle theft should be treated seriously. Whether it is a genuine misunderstanding or an attempt to take the vehicle permanently, a conviction could carry steep penalties.

The attorneys of Gerald Miller understand what is at stake with a motor vehicle theft prosecution. If convicted, you could face the prospect of time behind bars as well as other serious penalties. Our attorneys have the experience necessary to provide you with a strong defense. If you are curious how we could put that experience to work in your case, contact Gerald Miller right away to schedule your free consultation.