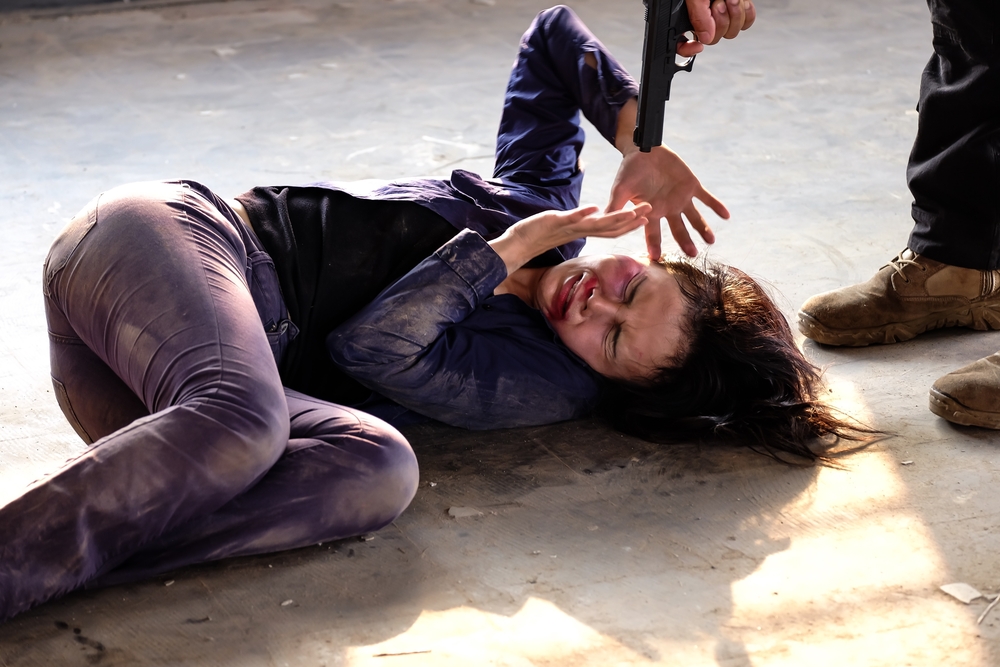 What Happens When You Get Assault Charges in Minneapolis?

If you have been charged with the assault charges in Minneapolis, it is understandable if you are unclear about what happens next. This is especially true for those who have never faced criminal charges before. An arrest can be one of the scariest moments of your life, but it is important to remember that your conviction is never certain.

The aftermath of an assault arrest can be chaotic. You could be required to post bail before getting out of jail, and you can expect face months of court hearings that could eventually culminate in a criminal trial.

The good news is that you do not have to face the unknown on your own. You have the right to an attorney in your assault case, and hiring experienced legal counsel could be in your best interest. Reach out to the attorneys of Gerald Miller to learn how they could help you fight assault charges in Minneapolis.

If you have been arrested for assault, you will go through the same process that most people charged with a crime must deal with. This process can take time, especially if your case ultimately goes to trial. Along the way, you are afforded certain legal rights and protections under the law. An attorney could ensure those rights are not violated by police or prosecutors.

An arrest is typically the beginning of any assault case in Minneapolis. Often, the arrest will occur immediately following the alleged incident. However, there is no law that requires the police to make an arrest right away. In some cases, the police might return with an arrest warrant at a later date after completing an investigation.

An arrest for assault charges in MN will often result in incarceration for at least a day or more. You will be fingerprinted and processed before remaining in holding until your arraignment. In some cases, a person charged with a misdemeanor could be released on a promise to return to court for their arraignment. More serious charges could result in jail time until the arraignment occurs.

The first court appearance in any assault case is known as an arraignment. Arraignment is an important part of the criminal case that provides you with basic information on the charges you face. More important than that, your arraignment is also the time when you enter a plea of guilty or not guilty. This will determine whether your case continues on or heads straight to sentencing.

Arraignment is also the point where the court might first offer bail. Bail involves paying a monetary deposit in exchange for release from jail pending trial. The amount of bail can vary, and it is often substantial in felony cases.

One of the primary benefits of hiring an attorney is avoiding the arraignment process. Your attorney could waive your appearance and enter a plea on your behalf without the need for you to appear in court. This could allow you to stay out of jail and remain in your current employment without missing work for court.

Arraignment is often the first of many court hearings that can occur in an assault case. Judges will typically order status hearings in a case for as long as it continues. As is the case with arraignment, an attorney could appear on your behalf in some of these hearings.

These hearings can also deal with issues surrounding discovery. Discovery is the process where the state shares the evidence they intend to rely on at trial. The amount of evidence that goes into an assault prosecution can vary. This phase could give your attorney insight into the strength of the case against you.

Eventually, your case will go to trial. The only exception is if you resolve it during the course of the case through a plea bargain or dismissal. The trial is your opportunity to put on evidence to refute the state’s evidence against you. That said, you are under no obligation to offer evidence at all in these cases.

What’s more, you do not have any obligation to testify at your trial. Whether or not you agree to testify is up to you, but you can count on your attorney to recommend whether you testify or not.

At the end of the trial, you will either be found innocent or guilty. If you are found innocent, the case is over and you are free to go. A guilty plea sends a case to the final stage—sentencing.

In an assault case, sentencing could happen the same day the verdict is rendered. In other cases, the court might reconvene at a later date to hand down a sentence. The judge is limited on the length of the sentence and the amount of fines they can award by the statute. A judge has the right to hand down a sentence so long as it falls within the accepted range.

The Possibility of Civil Lawsuit in Minneapolis

Criminal charges are not the only possible consequences of an arrest for assault. If you allegedly injured another person in a criminal assault, you could also face civil consequences for those actions.

It is helpful to understand the difference between criminal and civil assault cases. When you face criminal charges, you could be at risk of incarceration and steep fines. That is not the case in civil cases. If you are sued in civil court after an assault, you could be liable for the damages that person sustained in the alleged assault.

There are times when you could face both civil and criminal cases following an alleged assault. The outcome of these cases could vary, given that the burden of proof differs. The state must prove you are guilty of assault beyond a reasonable doubt, but a civil lawsuit has a lower burden.

Types of Assault Charges in MN

While the process for a criminal case is largely the same, it is important to note that what you will experience will depend in part on the type of assault charges in MN you face. Not all assault crimes are the same, with some treated as misdemeanors and others as felonies.

It goes without saying that every criminal arrest is a serious matter. However, felony assault is a far more serious issue that could result in thousands of dollars in fines as well as years in prison. In total, there are five different types of assault charges in Minneapolis.

Talk to an Attorney About Your Assault Charges in Minneapolis

There are many steps that go into the process of fighting an assault prosecution. From attempting a dismissal to preparing for trial, you never have to take on this burden alone.

Related Content: What Happens If You Get Charged with Assault?