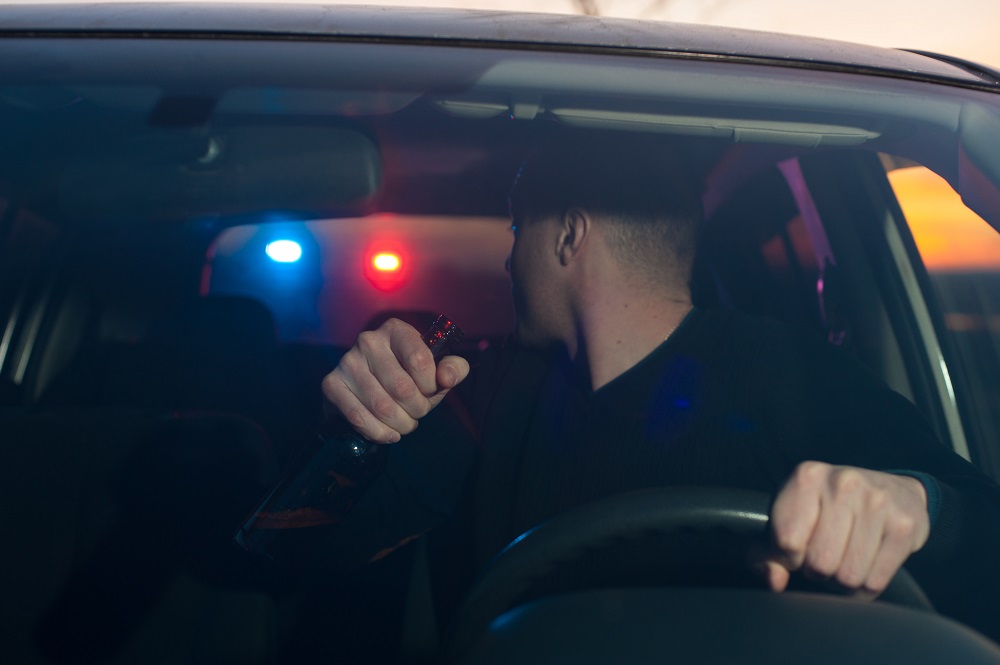 Were You Arrested for Fleeing a Police Officer in a Motor Vehicle in Minnesota?

Earlier this month, a Wilmar man was arrested and charged with fleeing the police in both his car and on foot after officers attempted to pull him over for speeding. He’s behind bars now and facing felony criminal charges instead of just accepting a hefty ticket and fine for driving too fast. If you’ve been arrested for fleeing a police officer in a motor vehicle in Minnesota, you could use some legal help.

If convicted, 19-year-old John Paul Smith is looking at spending at least three years in prison and $6,000 in fines. And he’s not alone; police chases have been the subject of reality shows and highly-watched TV news coverage. Why do people flee? For many reasons. If you tried to run – we can help.

Calling an Attorney Early Can Make a Big Difference in MN

fleeing a police officer in a motor vehicle in Minnesota is a serious charge with potentially severe consequences. If you are arrested for fleeing via car, on foot, or both, the Minneapolis criminal defense law firm of Gerald Miller, P.A., can help. Our experienced criminal defense attorneys have the legal skill, courtroom savvy, and understanding of Minnesota law to represent you fairly and protect your rights against overzealous prosecutors.

Give our Minneapolis law firm a call today at 612-430-6743 or fill out our confidential information form. We are available to answer any questions you have 24 hours a day, seven days a week. You also can get in touch via live chat on our home page.

Why Do People Flee the Scene in Minneapolis MN?

Research for years has revealed that drivers who attempt to flee peace officers – that includes local cops, federal agents, and even fish and wildlife officers – usually do so after committing minor driving offenses. Mr. Smith, for example, the Wilmar suspect, was speeding.

The bottom line? Statistically, the flight of those to try to evade is typically futile and exposes them to much greater punishment than the original crimes. Fleeing a police officer in a motor vehicle in Minnesota is rarely the lesser charge.

Minnesota lawmakers have put specific criminal laws in place intended to punish would-be fleers who try to evade police officers across the state. Intended to create a deterrent for trying to escape or make an officer’s investigation more difficult, Minnesota statute provides for punishments that can be added on top of the primary crime or even levied if the person was only wanted for questioning and not under arrest. And not only is it a deterrent, it is really in place to hope to keep people safe. When people flee in a motor vehicle, other people on the roadway are at great risk most of the time.

What Determines “Fleeing” in Minneapolis and Minnesota?

A driver may be charged with fleeing a police officer in a motor vehicle in Minnesota if the individual increases their speed, turns off their headlights or taillights, fails to stop or uses other means to evade police after the officer signals for the driver to stop. In the recent incident cited above, the suspect was allegedly driving 92 miles an hour and indicated that he was going to stop when police approached him, but then he took off.

The Consequences of Fleeing the Police in Minneapolis and MN

In Minnesota, fleeing police is a felony and can be punished with up to three years of incarceration and hefty fines. The punishment is even stiffer if someone – a passerby, for example – gets hurt during the suspect’s attempt to evade officers, his or her penalty goes up to seven years’ imprisonment and fines up to $14,000. And at the same time, if someone is killed during the chase, the suspect is looking at up to 40 years’ in prison and $80,000 in fines. Fleeing the police is a life-changing event for potentially everyone involved.

If you’ve been arrested for fleeing the police, you can expect the state’s Department of Public Safety (DPS) will suspend your driving privilege for one year. This is different from a DWI, or driving while impaired in that a limited license will not be issued. Again, the state takes fleeing the police very seriously.

If you are convicted of fleeing, the DPS will revoke your driving privileges on top of prison time. The length of revocation is typically as follows:

Collateral Consequences of a Fleeing Conviction in MN

Some collateral consequences result from other, unrelated statutes. Others occur naturally outside of the legal system. The most common collateral consequence that comes with a felony conviction is the loss of certain constitutional rights. When you are convicted of felony fleeing, you will lose out on certain rights like the right to vote or the right to own firearms.

Effects on Employability in Minneapolis and Minnesota

Another important collateral consequence that comes with a fleeing conviction involves your employability. Employers have the right to discriminate based on your criminal background. It is not unusual for a person convicted of a felony to lose their job. What’s more, you could find it difficult to obtain future employment as well. Employers make use of background checks during the application process, and they are within their right to reject an applicant based on their criminal history alone.

Effects on the Ability to Find Housing in Minneapolis and Minnesota

The same is true for landlords. If you hope to rent your resident, you can expect to go through an application process. These applications usually ask if you have been convicted of a crime and they often include a background check. A felony fleeing conviction could result in the denial of a rental application.

There are a few valid defenses to charges of fleeing. The attorneys of Gerald Miller understand the strengths and weaknesses of these defense strategies and could advise you on what might work best in your situations. Some common defenses in these cases include:

What to Do After an Arrest for Fleeing

Unsure of the steps to take after being arrested for fleeing the police? Your choices could have a dramatic impact on how our case turns out. Follow these steps to protect your rights and give yourself the best chance to fight back against these charges.

The police are likely to ask you questions regarding your offense at the time of your arrest or after you have been processed at jail. It is never in your best interest to answer these questions. While you have a duty to identify yourself and provide basic biographical information to the police, you never have to discuss the nature of your arrest.

This is important to your defense, as anything you say could make it harder for your to fight these charges. The police will use anything you say against you, often taking your words out of context. It is best to avoid discussing your case with them at all.

Comply with the Police

The police treat cases of fleeing seriously, and many take it personally. To give yourself the best chance of being treated fairly, comply with the police during the course of your processing and arrest. The failure to do so could keep you in jail longer and make it harder to develop a strong defense strategy.

Fleeing charges are serious, and you should never face them on your own. An attorney could help you not only fight back against your charges but also secure your release from jail as well.

The sooner you talk to an attorney, the sooner you could begin crafting a winning defense strategy. Your attorney will play a vital role in your case from the moment you hire them until the moment the case comes to an end.

Need a criminal defense lawyer? If you are arrested for fleeing or any crime, Gerald Miller, P.A., can help. Our criminal defense attorneys have successfully represented every type of crime, from fleeing, to DWI, to drugs, to probation violation, to domestic assault and assault.

Give our Minneapolis law firm a call today at 612-430-6743 or fill out our confidential information form. We are available to answer any questions you have 24 hours a day, seven days a week. You also can get in touch via live chat on our home page.

Were you or someone you love arrested for fleeing the police or another crime? The process can be worrisome – or even frightening. There is a lot of legal jargon to weave through and court dates to attend.

You’re not alone. We can help, whether it’s your first arrest  or if you’ve been convicted in the past. If you are facing a Minnesota criminal conviction, the experienced Minneapolis defense attorneys at Gerald Miller, P.A. will review your case and determine the best course of action. We will guide you through the process, working toward a positive outcome no matter the circumstances of the arrest. Our firm has a high success rate. We’ve fought cases all the way to the Minnesota Supreme Court. We dig into every aspect of the case, from the time of the arrest the officer’s actions to the accuracy of their alleged evidence.

The Minneapolis lawyers at Gerald Miller handle all aspects of criminal law across the Twin Cities and statewide, but we have focused on criminal defense for nearly 40 years. A felony charge can affect your living situation, your finances, and your professional reputation. Don’t let one incident negatively impact your future.

We have earned dozens of positive Google, Yelp and Facebook reviews from satisfied clients. Our firm is widely recognized throughout the Twin Cities for our professionalism, compassion, knowledge, and dedication both in and out of the courtroom. The Minneapolis defense attorneys at Gerald Miller Law Firm are respected by our peers, colleagues, judges, and prosecutors. We have earned national awards and accolades from the American Bar Association, The National Trial Lawyers, the American Institute of DWI/DUI Attorneys, the National Academy of Criminal Defense Attorneys, the National Academy for DUI Defense, and more.

Legal Counsel is Critical to Success: Get a Consultation from Gerald Miller, P.A.

Were you arrested for fleeing a police officer in a motor vehicle in Minnesota? The sooner you contact us, the faster we can start protecting your rights.  Even if your case cannot be dismissed, the charges may be reduced and punishment can be minimized, which are positive outcomes as well. There are a number of details in each person’s case that could have a huge impact on the possible outcome. It also helps if you were cooperative at the time of your arrest.

Contact us today to schedule your free and confidential case evaluation at 612-440-4610. We are available 24 hours a day, seven days a week to give you some answers, a little hope, and plenty of well-deserved peace of mind. Visit www.geraldmillerlawyer.com or check us out on Facebook, Twitter, Instagram, and LinkedIn. We’re here to help.