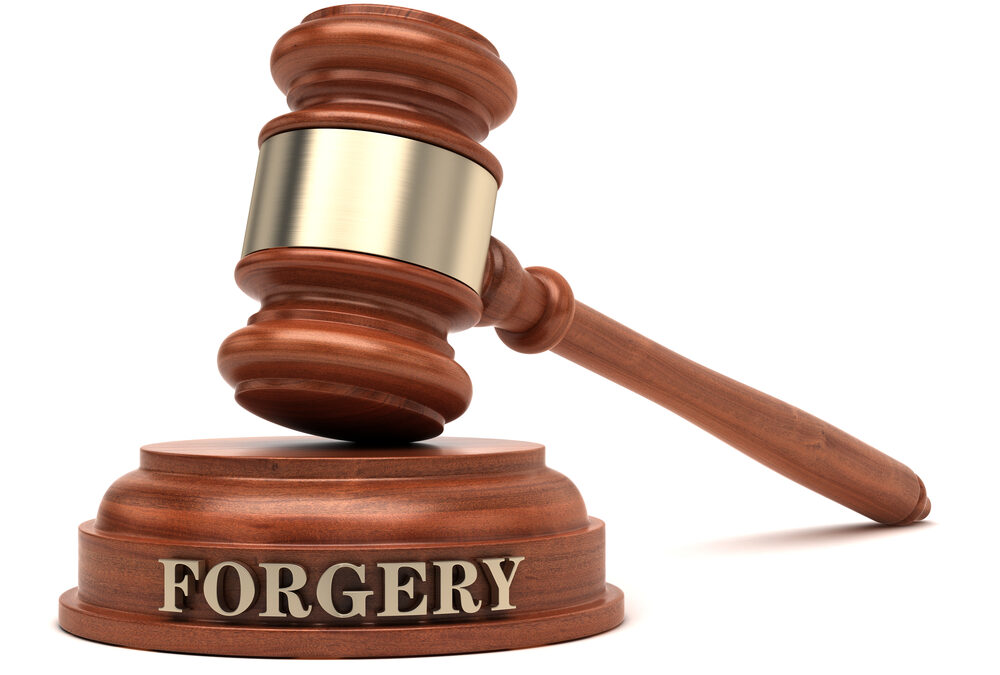 How to Get Forgery Charges Dismissed in Minnesota

Facing forgery charges could be one of the scariest moments of your life. If you are convicted, you could face enormous fines and the prospect of spending years in prison. Forgery charges are serious, and the consequences of a conviction could follow you for the rest of your life.

The good news is that it is possible to defend against allegations of forgery. In some cases, it is possible to have these charges dismissed. Securing a dismissal is never easy and requires the guidance of skilled legal counsel.

The attorneys of Gerald Miller understand what is at stake in a forgery case. Our attorneys are ready to help you defend yourself from these serious allegations. It could be possible for our firm to have the charges against you dismissed. Reach out right way to schedule your free consultation.

Who has the Power to Dismiss Forgery Charges in Minnesota?

There is little doubt that the dismissal of all charges is the best-case scenario for you. If the prosecutor agrees to drop these charges, you will not face the risk of conviction that comes with going to trial. This outcome might be ideal, but it is far from guaranteed.

It is important to understand that the power to dismiss a forgery charge lies entirely with the prosecution. A prosecutor is the only individual that can drop charges and bring a case to close outside of a judge.

Even the complaining witness that initially reported the act of forgery to the police lacks any power to withdraw their complaint and drop the charges. Once the police have been notified of the alleged act of forgery, the way the case progresses is entirely up to the state.

Understanding the motivations of the prosecution and the underlying issues with their case is the most important factor when it comes to having a forgery charge dismissed. The attorneys of Gerald Miller have a track record of success when it comes to securing dismissals. Reach out right away for your free consultation with our firm.

Ways to Secure a Dismissal in Your Forgery Case in Minnesota

If you have been arrested for forgery, the prosecutor handling your case will not dismiss your charges without a reason. The state is known for aggressively pursuing a conviction in these cases, which means they are unlikely to drop the charges unless the prosecutor believes a conviction is impossible.

Building a strong defense is a vital part of securing a dismissal in a forgery case. If your attorney can show the prosecution that a conviction is unlikely, it could result in a favorable outcome in your case. This requires an attorney to carefully review every aspect of your case to determine the best approach.

The attorneys of Gerald Miller understand what goes into a viable forgery defense. Our team will review every angle of your arrest to identify any weakness in the state’s case. After the investigation, our attorneys will determine the best defense strategy for you. Some of the reasons a prosecutor might agree to drop a forgery charge include:

Someone Else Did It

Police and prosecutors are human. That means they are not immune to making mistakes. In some cases, the police will simply come to the wrong conclusions in a forgery case. This can be a difficult reality to face, but it does not mean that an unjust conviction is guaranteed.

In some cases, you could be accused of an act of forgery that was perpetrated by someone else. Even though you do not have the burden of proving that someone else was responsible, doing so could provide you with a strong defense to a forgery charge.

One of the benefits of working with experienced legal counsel is that they could assist you in identifying who was actually responsible in this case. Your legal counsel could rely on their experience and skill to determine who is the actual culprit—or if any forgetting took place, to begin with.

It is a crime not only to create a forgery but also to rely on a forgery with the intent to defraud someone. That means you could be charged with forgery for attempting to pass off a fake document even if you did not create it.

The flipside of this issue is that ignorance could be a defense in some cases. If you are unaware that a document you are relying on is a forgery, you are not committing a criminal offense. Of course, the prosecution could make the case that you knew or should have known the document was not authentic.

It is vital to remember that forgery is a crime of intent. This means you must have had specific goals in mind when you undertook the actions the prosecutor says involved forgery.

In order for you to be guilty of forgery, the state must prove that you intended to defraud or harm someone. That means it is impossible for you to be convicted on forgery charges for accidents or honest mistakes.

Proving intent can be challenging for the prosecution in any case. With a forgery charge, the state must show that you executed or altered a document with the design of using it for criminal activity. Your attorney could show that they failed to meet this burden.

Other Defense Options Available to You in Minnesota

Many forgery cases ultimately end with a plea bargain. While no one wants a criminal conviction on their record, there are times when the evidence against you is likely to result in a conviction. In those cases, it could benefit you to reach an agreement with the prosecutor.

The terms of a plea agreement could be very favorable, especially when working with an experienced attorney. By reaching a plea agreement, your attorney might be able to negotiate favorable terms that limit your fines or potentially keep you out of jail.

Some plea bargains can even change the scope of the charges against you. The prosecutor has the power to amend the charges to reduce them to a lesser offense. This could allow you to plead guilty to a less-severe charge that carries fewer long-term consequences.

Take the Case to Trial

There are also times when a plea bargain is not in your best interest. Despite the posturing of the police and prosecutors, it is possible to beat the state at trial in these cases. Proving forgery is a high burden, and it is one that your attorney could establish the state has failed to meet.

Of course, deciding to go to trial is a serious decision that should not be taken lightly. It should also not be made without consulting with legal counsel on the case. You have the ultimate say on whether you go to trial or not, but an attorney could provide you with the important details and context you need to make an informed decision.

There are risks associated with going to trial. If you are convicted, your sentencing is at the whim of the judge. Often, these penalties are much steeper than what was offered to you by the prosecution in the form of a plea bargain. Weighing these risks is one of the most difficult aspects of developing a defense strategy in forgery cases.

If you are facing allegations of forgery in Minnesota, it is vital that you act immediately. The sooner you begin to develop a strategy for your defense, the better your chances of a favorable outcome will be.

Related Content: What Are the Three Types of Forgery in Minneapolis?