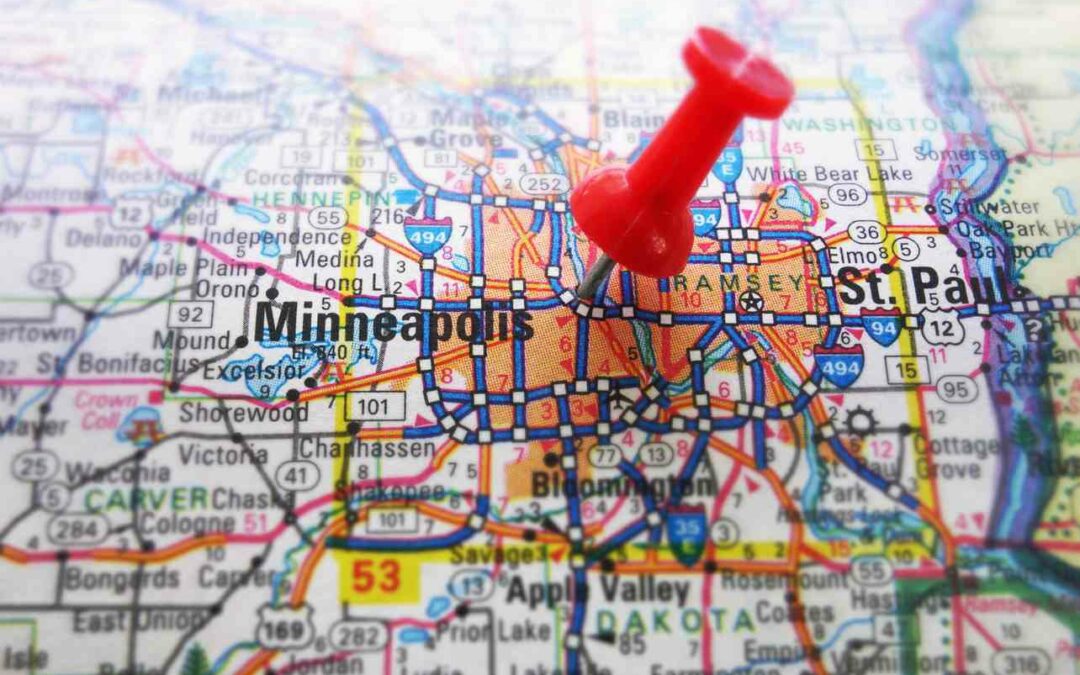 If you’re wondering what’s worse DUI or DWI in Minneapolis, the terms DUI and DWI are used interchangeably. While that is not the case in every jurisdiction, these acronyms do not represent unique charges under Minnesota law. Instead, they each represent an offense known as “driving while impaired.” Given that they are two names for the same offense, it is impossible for one to be worse than the other. Take it from a seasoned DWI attorney in Minneapolis.

A DWI offense is a serious charge no matter what acronym you use. Jail time is always possible, and the fines that come with this offense can be overwhelming. An aggressive defense is the best way to avoid the consequences that can come with a conviction.

If you are ready to fight back against your DWI charge, the attorneys at Gerald Miller are ready to help. Call right away to schedule an initial consultation.

There is no what’s worse DUI or DWI in Minneapolis, because Minnesota charges impaired driving as DWI. The charge of DWI is governed by Minnesota Statute Section 169A.20. According to the statute, it is unlawful for a person to operate, drive, or exert physical control over a motor vehicle while impaired.

It is not hard to understand what would qualify as operating or driving a motor vehicle. The definition of physical control is less clear, though. This aspect of the offense was included by the legislature to not only penalize drunken driving but also cover intoxicated individuals with the means to drive drunk in short order.

Where You Are When You Get a DWI Matters in Minneapolis

When a court determines if a driver was in physical control of a vehicle, they will consider where the person was located inside or outside of the vehicle, where the keys to the vehicle were, and if the vehicle was operable at the time.

What Being Impaired While Driving Means in Minneapolis

While the definition of physical control is open-ended, the statute provides extensive guidance on what constitutes impairment. In total, there are seven factors that qualify as an impairment under the state. The prosecution only needs to establish one of these to secure a conviction for DWI. The factors include:

This multi-faceted approach allows the prosecution to rely on the results of a BAC test if they choose, but it is flexible enough to allow them to proceed with charges even in cases where the defendant failed to submit to a chemical test.

This is why working with a reliable DWI defense lawyer in Minneapolis is crucial.

Proving Impairment without a BAC Result

The vast majority of DWI charges are prosecuted by the state using a BAC test result from a blood, breath, or urine sample. This provides the state with the path of least resistance. This is because a test result that establishes a driver was over the legal is enough to prove impairment in most DWI cases. When the state does not have a test result to rely on, proving DWI can be much more difficult. In terms of impairment nationwide, what’s worse DUI or DWI, DWI can be worse in states that charge for both.

Evidence of a DWI Besides a BAC Test in Minneapolis

Without a BAC test result to rely on, the prosecutor must rely on the evidence presented in the case to show that you were impaired by drugs or alcohol. This is typically done using circumstantial evidence. Some of the ways the state could prove impairment in a DWI case include:

Consequences of a Minneapolis DWI Conviction

The penalties of a DWI conviction can be steep. In terms of what’s worse DUI or DWI, there’s no DUI in Minnesota, but the consequences would be the same. This is especially true if you have previously been convicted of a DWI in the past ten years. In fact, each prior conviction could increase the potential penalties you face. The penalties include:

Collateral Consequences of a DWI in Minneapolis

Viable Defenses to a DWI Charge in Minneapolis

If you’re asking what’s worse DUI or DWI in Minneapolis, the defense will be the same because MN only charges DWI. No matter what name you use for a drunken driving offense, a favorable outcome in your case is a possibility. There are too many potential defenses in a DWI case to name all of them, but the most common fall into two broad categories. The first involves attacking the traffic stop that initiated the arrest. The second involves testing the accuracy and admissibility of the results of the chemical test.

Challenging the DWI Stop in Minneapolis

As a motorist, you have the right to go about your travels free from the fear of an unlawful traffic stop. The United States Constitution guarantees that you the police cannot pull you over without reasonable suspicion that you have committed a moving violation or other criminal offense. But as long-time DWI attorneys in Minneapolis, our experience tells us that the police frequently ignore this requirement.

Police officers often push the limits of their ability to make a police stop even though their power is already substantial. The police only need the thinnest of excuses to pull a motorist over; any perceived traffic violation will suffice. This is true even if the officer’s ulterior motive was to investigate if the driver was intoxicated or violating some other statute.

Despite this broad power, law enforcement continues to stop drivers despite lacking any reasonable suspicion that a crime has occurred. If the police pulled you over illegally prior to your DWI arrest, it could dramatically increase your chances of an acquittal.

A DWI attorney in Minneapolis can seek to have all evidence collected at an unlawful traffic stop or afterwards excluded from trial. Under the law, the state may not use any evidence obtained illegally against you. This could include any incriminating statements you made at the stop, any open containers found in your vehicle, or the results of a breath test you would have never submitted to had you not been stopped unlawfully.

Challenges to the DWI Test

Challenges to the results of the chemical test you submitted to are another common defense in DWI cases. The police are bound by certain protocols when collecting blood, breath, or urine samples for testing. Likewise, the labs that analyze these samples are all under strict regulations. The failure to carefully follow these regulations could result in inaccurate test results. For this reason, your DWI attorney in Minneapolis could have the results of your chemical test thrown out if they can establish that the government failed to follow their own guidelines.

Reach Out to a Minnesota DWI Defense Lawyer Today

If you’re wondering what’s worse DUI or DWI, you should know that Minneapolis charges under the term DWI. From investigating your case to plotting defense strategy, your Minneapolis DWI defense lawyer will play a critical role in every aspect of your DWI case. If you have questions about how best to proceed, let the attorneys at Gerald Miller review your case and assist you with your defense. Call on (612) 440-3677 right away to schedule a free consultation.