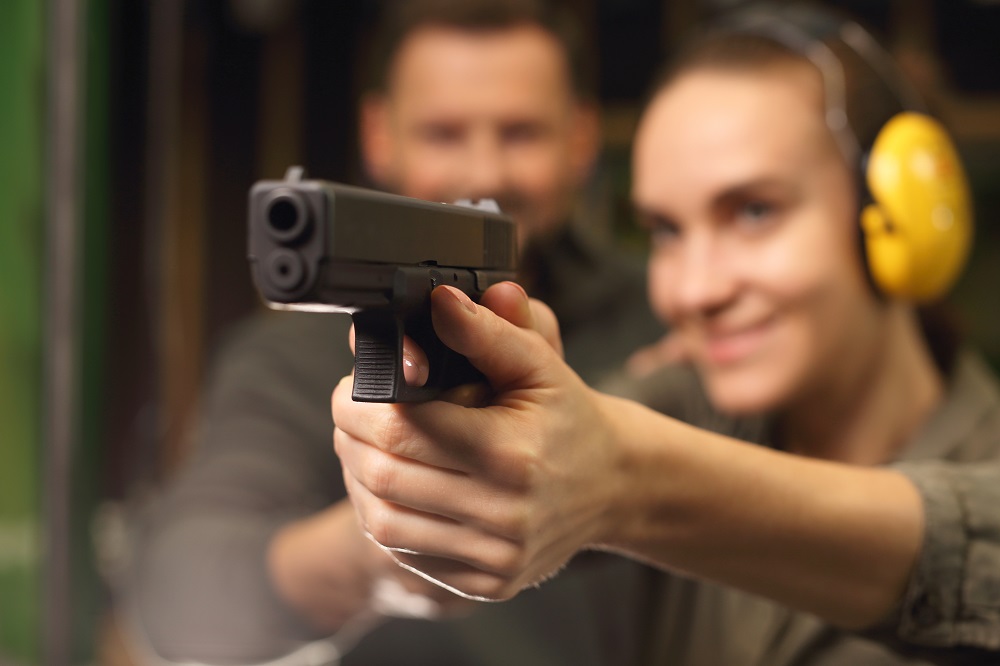 What Percentage of Violent Crimes Are Committed With a Firearm in Minnesota?

A 1994 study by the United States Department of Justice shows 13 percent of all violent crime victims report that the alleged attacked was armed with a firearm. A smaller percentage involve the actual use of a firearm. What percentage of violent crimes are committed with a firearm in the United States and in the State of Minnesota is important to understanding how law and policy are shaped and applied.

While the rate of violent crime has fallen steadily since the mid 1990’s, prosecutors in Minnesota and throughout the United States still aggressively pursue these crimes. Firearm-related offenses routinely carry steep penalties upon a conviction.

If you have been accused of a weapons charge in Minnesota, you are entitled to a strong defense. A weapons charges lawyer from Gerald Miller are ready to assist you in defending your rights and fighting back against these charges. Call right away for a free consultation.

Statistics and Percentages – Firearms and Crime in the United States

There are many different statistics that point to the high rate of gun-related criminal offenses in the United States. For example, the National Crime Victimization Survey shows that more than 467,000 people reported being a victim of a crime involving a firearm in 2011 alone.

Firearms are especially common in murder investigations. In 2011, the FBI reported that firearms were involved in roughly 68 percent of all murders throughout the country. Guns were also present in over 40 percent of all robberies and 20 percent of all aggravate assault allegations, as well.

Despite these high numbers, the number of fatal and non-fatal gun crimes has fallen substantially since 1994. According to the National Institute of Justice, nonfatal firearm crime has dropped by nearly 60 percent since 1994.

Firearm Charges and Offenses in Minnesota

Understanding what percentage of violent crimes are committed with a firearm in Minnesota can show the general temperature of crime in the state. While the reported use of firearms in violent crime have dropped over the years, the State of Minnesota still aggressively pursues all manner of gun-related offenses. Many of these charges carry significant prison terms as well as other collateral consequences. Some common examples of firearm offenses in Minnesota include:

Unlawful Possession of a Firearm by Certain Convicted Felons

A felony criminal conviction has many consequences outside of potential prison time or fines. Most felons also lose the right to own, possess, or carry a firearm. This ban applies not only to firearms but ammunition as well.

Specifically, the firearms ban applies to crimes of violence like murder, assault, and robbery. However, it also applies to felony offenses that do not directly involve violence like drug offenses or theft. A conviction of a qualifying felony will result in the loss of the right to own a firearm. This is a serious criminal charge that can lead to as many as 15 years in prison and a fine of up to $30,000.

State law also penalizes the negligent storage of firearms. Gun owners are held responsible for storing and maintaining firearms in a certain way, even when they are not on in the gun owner’s direct possession. This gross misdemeanor typically involves carelessly storing a weapon in a place where a minor could find it. A conviction could net up to a year in jail and a fine of no more than $3,000.

Removing a Serial Number Federally and Under Minnesota Law

Federal law requires that every firearm in the United States carry a serial number in order to be tracked. Minnesota law makes it a criminal offense to alter the serial number on a firearm in any way. This includes attempting to destroy the number, conceal it, or alter it. Removing a serial number from a firearm could lead to as many as five years in prison and a fine of up to $10,000.

Reach Out to Gerald Miller to Discuss Your Minnesota Firearms Charge

No matter the nature of the offense, any gun charge has the potential for serious consequences. If you have been accused of a firearm-related offense, a conviction could result in the loss of your gun rights and even time behind bars.

The attorneys of Gerald Miller understand the serious consequences that can come with a firearm conviction. Our team is prepared to protect your constitutional rights and advocate for you throughout the course of your case. Let our attorneys work tirelessly to build the strongest defense available under the law. Call right away to get started with a free consultation.