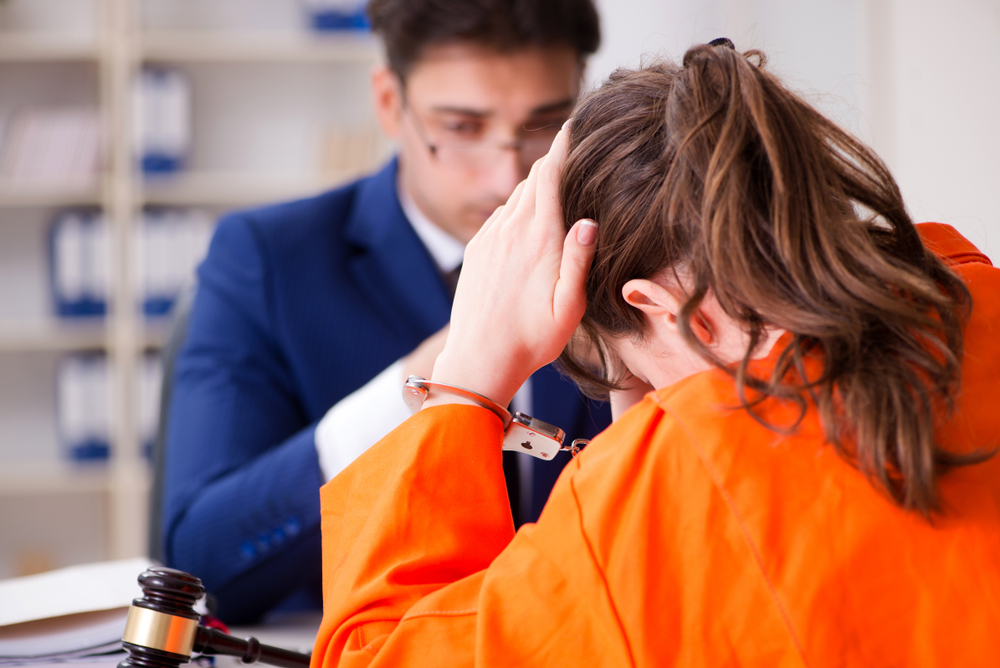 What Happens if a Defense Attorney Knows his Client is Guilty in Minneapolis?

It is not unusual for a person arrested and charged with a crime to worry that a lawyer might refuse to take their case. After all, who would want to represent a guilty person? While the fear that telling an attorney the truth regarding their arrest might cause their legal counsel to quit the case, the reality is that attorneys have an obligation to advocate for their clients—guilty or innocent.

What’s more, the attorney’s primary role is holding the state to their burden of proof. It is not enough for a prosecutor to believe in your guilt; they must prove it beyond a reasonable doubt. Your attorney has an obligation to help you fight back against the prosecution and pursue a fair outcome in your case.

If you have been charged with a crime in Minnesota, you could benefit from discussing your options with the attorneys of Gerald Miller. Our firm is proud to advocate for the accused, and we look forward to discussing your case during a free consultation. Call today to learn more.

The Difference Between Factual and Legal Guilt

When thinking about this question, it is important to first understand the difference between legal guilt. In reality, a person either committed the act that they were accused of or they did not. This is known as factual guilt. However, there is far more nuance when it comes to whether or not a person is guilty of violating a criminal statute. This represents the concept of legal guilt.

With factual guilt, there is no wiggle room. Either the act in question occurred or it did not. It is possible for a person to be factually guilty of the act they were accused of, but not being legally guilty of a crime.

Legal guilt has less to do with what actually occurred and more to do with what the state can prove. If the prosecutor cannot show beyond a reasonable doubt that you have committed a crime, you are entitled to an acquittal. In other words, you could be factually guilty of an offense but legally found innocent.

With that in mind, it is vital for anyone accused of a crime to have the support an attorney even if they are factually guilty of the offense in question. In many cases, the state’s case might be too weak to obtain a conviction. In other situations, there could be legal grounds that would allow your attorney to exclude the most damning evidence against you from trial.

The Obligations of an Attorney in Minnesota

The role of your attorney is to help you build a sound legal strategy—not judge you or your conduct. In fact, for many people their attorneys become their closest confidants during the difficult process of navigating the criminal justice system. Guilty or innocent, an attorney has an obligation to zealously defend their client.

Ultimately, providing a zealous legal defense is required of a defense attorney no matter what they think about their client. Often, this means not taking into account what a defendant has admitted to. False confessions are possible, and it is not uncommon for a person to be unsure if they actually committed the act they have been accused of.

Limitations on What an Attorney Can Do in Minnesota

Your attorney does not have free reign to cross any line imaginable when it comes to developing a defense strategy in your case. In addition to the obligation an attorney owes to their client, they also have a separate obligation to act within the ethical rules imposed on the legal field. For that reason, there are some things your attorney is barred from doing during the course of your case.

Your attorney also has to carefully balance serving as your lawyer and navigating the ethical rules that guide them. Specifically, your attorney is barred from lying to the judge even if it would be in your best interest to do so. For example, an attorney cannot lie about a fact that they know for certain is untrue.

For that reason, many defense attorneys never ask their clients if they are guilty or not. Without that knowledge, attorneys have more freedom to aggressively pursue defense strategies while remaining within the ethical boundaries that are set by the legal profession.

Should I Tell My Attorney Everything in Minnesota?

Some people wrestle with whether or not to tell their attorney everything. While some attorneys might want plausible deniability when it comes to the facts of a particular case, it is important that they understand all of the relevant facts. There is nothing worse in the eyes of an attorney than being blindsided by a fact that their client knew but failed to disclose.

Why Defendants Lie to their Attorneys

There are different reasons why criminal defendants stretch the truth, embellish stories, or outright lie to their defense attorneys during the course of a criminal case. Some of these reasons include:

Your Attorney is Your Advocate in Minnesota

In the end, there are numerous roles in the judicial system. Judgment is left up to the judge and jury. For a criminal defense attorney, their role is to serve as the advocate for the accused.

After all, defense attorneys have chosen a career path that puts them in a position to regularly defend individuals who have committed criminal acts. It is not only their duty to zealously advocate for them, but it is also the most basic aspect of this type of legal work.

Your attorney is here to give you the best chance of winning your case or otherwise obtaining a favorable outcome. While that might not be a full acquittal, your attorney could take the steps necessary to get the most favorable outcome possible. In many criminal cases, this involves pleading guilty to an offense and accepting a plea agreement that provides for a penalty that is typically less than what you might have received during the course of your trial.

Discuss Your Legal Options With Gerald Miller in Minnesota

If you have been arrested under suspicion of a criminal act in Minnesota, you are entitled to legal counsel. You can hire your choice of attorney that will advocate on your behalf and help you pursue the outcome in your case that you deserve.

If you are ready to get started with building the strongest defense strategy possible, the attorneys of Gerald Miller are ready to help. Our team is proud to advocate for the accused, and we will use every resource available to help you get a fair outcome in your criminal case. We understand how important it is for you to have an advocate that will fight for your freedom no matter what. To learn more about how we could help, call right away for a free consultation.