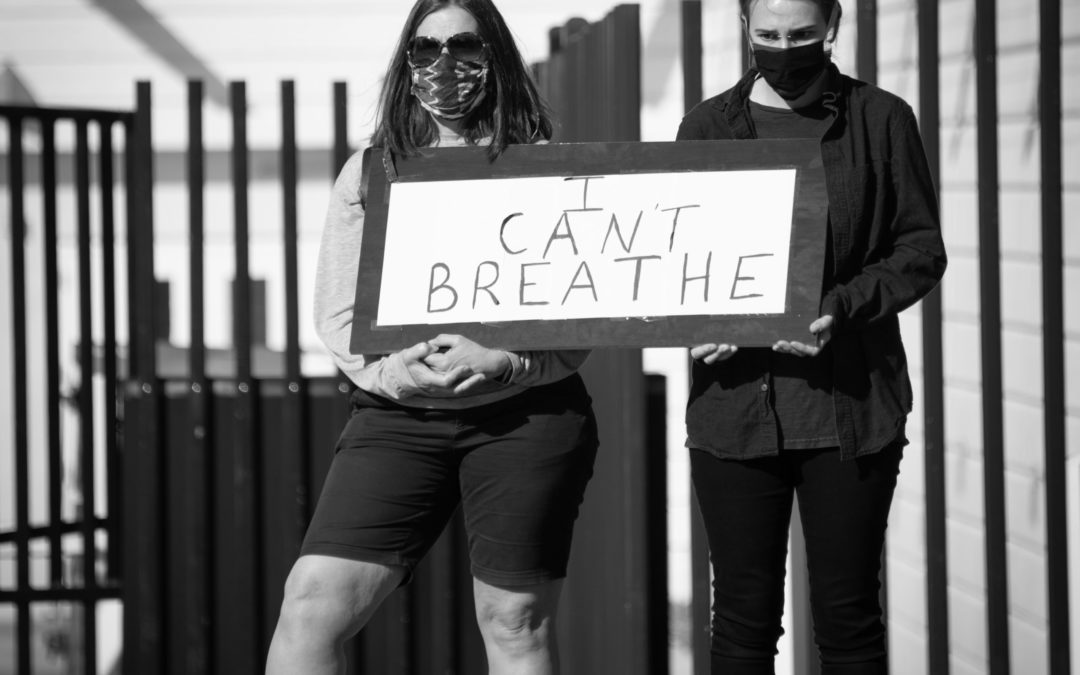 Minneapolis Riots: Were You Arrested For Rioting or a Related Charge?

The rioting that stemmed from the Twin Cities protests, also known as the George Floyd protests, are an ongoing series of civil disturbances that started in the Minneapolis–Saint Paul area and have spread nationwide. Unrest began in Minneapolis on May 26, 2020, after the death of George Floyd while undergoing arrest by Derek Chauvin and other former officers of the Minneapolis Police Department the day before.

Recent news stories have shown that most people arrested for protesting in our state are Minnesotans. Under Minnesota law, a person can be arrested for rioting and charged on three levels:

Riot first degree: When three or more persons assembled disturb the public peace by an intentional act or threat of unlawful force or violence to person or property and a death results, and one of the persons is armed with a dangerous weapon, that person is guilty of riot first degree and may be sentenced to imprisonment for not more than 20 years or to payment of a fine of not more than $35,000, or both.

Riot second degree: When three or more persons assembled disturb the public peace by an intentional act or threat of unlawful force or violence to person or property, each participant who is armed with a dangerous weapon or knows that any other participant is armed with a dangerous weapon is guilty of riot second degree and may be sentenced to imprisonment for not more than five years or to payment of a fine of not more than $10,000, or both.

Riot third degree: When three or more persons assembled disturb the public peace by an intentional act or threat of unlawful force or violence to person or property, each participant therein is guilty of riot third degree and may be sentenced to imprisonment for not more than one year or to payment of a fine of not more than $1,000, or both.

If you have been arrested for rioting, contact the Minneapolis defense attorneys at Gerald Miller, P.A. as soon as possible. We have experience in all types of criminal defense strategies, including the varying degrees of assault. Call 612-440-4608 or fill out or confidential contact form here. You also can reach out via our live chat on our home page. We are available 24 hours a day, 7 days a week to answer your questions and fight for your rights. Your first consultation is always free.

Additional charges that can stem from the protests and rioting can include disorderly conduct, assault, and violation of curfew.

Under Minnesota law,  disorderly conduct is a misdemeanor offense, and one that carries a potential sentence of 90 days in jail and a $1,000 fine. If you or someone you know is facing a disorderly conduct charge, Minneapolis defense attorney Gerald Miller and his team are here to help you. Call us today for a free consultation: 612-440-4610.

There are behaviors that are prohibited in public by Minnesota law. Violations of those laws typically fall into two categories: disorderly conduct and public nuisance. Disorderly conduct is considered fighting, disturbing a lawful assembly or meeting, engaging in offensive, abusive, or noisy conduct or using offensive, obscene, or abusive language to reasonably arouse anger or alarm. Ultimately, a lot of different conduct can fit in this list.

There are different types of assault in Minnesota – and there are important distinctions between them. People sometimes assault one another when passions are high during rioting.

First Degree: The most serious form of the offense is 1st degree assault and is charged when either the accused causes great bodily harm to the complaining witness or assaults a law enforcement officer with a deadly weapon.  A violation of this offense will lead to exposure to a sentence of up to 20 years in prison or a fine of up to $30,000.

Second Degree: The accused can face this charge if they used a dangerous weapon during the commission of the offense.  The punishment for 2nd degree assault includes a maximum term of imprisonment of 7 years or a fine up to $14,000.  If the accused inflicts substantial bodily harm, the penalties increase to a maximum of 10 years imprisonment and a fine of up to $20,000.

Third Degree: This offense can be charged when inflicting substantial bodily harm or assault of a minor is involved.  The exposure for a conviction of this offense is up to 5 years in prison and a fine up to $10,000.

Fourth Degree: An assault against a peace officer engaged in duties imposed by law, including executing a lawful arrest, constitutes a gross misdemeanor.  The offense carries a potential penalty of up to 12 months incarceration and a maximum fine of $3,000.

If the act is motivated by prejudice based on sex, race, age, religion, color, national origin, disability, or sexual orientation, the accused can be charged with a 4th degree assault, punishable by 12 months incarceration and a fine up to $3,000.

Fifth Degree: This type of assault is sometimes called “simple assault.” It involves the commission of the offense with intent to cause fear or immediate bodily harm or intentionally inflicting or attempting to inflict bodily harm on another.  A violation of this grade constitutes a misdemeanor, which can result in up to 90 days in jail and/or a maximum fine of $1,000.

If you are arrested and charged with any kind of assault, whether it is related to rioting or not, it’s important that you seek legal representation before you speak to investigators. Give Gerald Miller, P.A. a call as soon as you can after your arrest. We are here 24 hours a day, 7 days a week to answer your questions and fight for your rights. Contact us today to schedule your free and confidential case evaluation at 612-440-4610 or visit our live chat via our home page.

As a result of the protests and rioting, Gov. Walz and city mayors have imposed a curfew from 8 p.m. to 6 p.m. through May 31, 2020. During the curfew, no one is allowed to travel on Minneapolis and St. Paul streets or public places, except for first responders, members of the media, people going back and forth to work, individuals seeking emergency care or fleeing danger, and people experiencing homelessness, Walz’s executive order states.

For most people, the thought of having to spend 90 days in jail and paying a $1,000 fine is enough to make them want to defend themselves. But in actuality, even a small charge can carry with it life-changing results. For example, many employers today conduct background checks on job applicants.

In addition to verification of information on past employment, education, and professional licenses, pre-employment background checks typically include a thorough criminal history examination. Depending on the nature of the job under consideration, employers may specify that pre-hiring screenings search candidates’ driving records. Employers may also require applicants to submit to drug testing as part of the pre-employment screening process. Employment-related drug testing is required for many jobs that involve operation of motor vehicles, hazardous or delicate equipment, and/or in any role entailing responsibility for the safety of the public, customers, or fellow employees.

Previous convictions for charges such as rioting, disorderly conduct, assault or even curfew violation, may scare away potential employers who see the applicant as someone who may be a potential liability.

If you have been arrested as part of the Geroge Floyd protests, take it seriously from the beginning. It is imperative that you seek strong legal representation right away. The Minneapolis criminal law firm of Gerald Miller handles all aspects of criminal law across the Twin Cities and statewide – we can defend you on DWI arrests, traffic citations, drug charges, theft, weapons charges, probation and parole violations, and more.