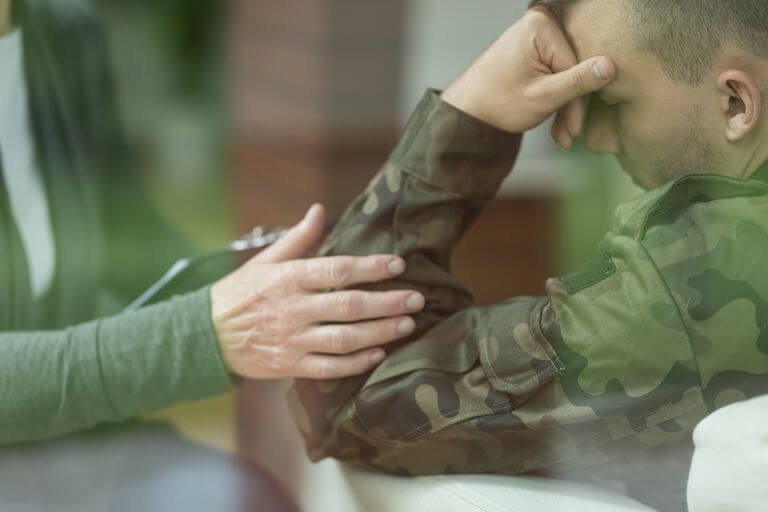 There are more than 23 million veterans in the U.S., including 370,000 in Minnesota. More and more of them are driving drunk.

An American Addiction Centers study found that 2.5 percent of vets have gotten behind the wheel after drinking too much, compared to 1.6 percent five years ago. That translates to 575,000 nationally – and 9,250 in Minnesota.

The report, titled “State of Veteran Mental Health and Substance Abuse,” put Minnesota in the top 10 states for veteran binge drinking. At the same time, though, the land of 10,000 lakes was among the lowest for veteran drunk driving. California was the highest, followed by Kentucky, Washington, D.C., Illinois, and Connecticut.

The figures, while alarming, paint a clear picture of the need to help men and women who have bravely served our country. There are many factors that can contribute to veteran drinking and drunk driving, which we outline below. If you or a loved one is a vet who was cited for driving while impaired, or DWI, contact the law offices of Gerald Miller and Associates. We are available 24 hours a day, seven days a week to answer your questions and give you the help and hope you need to secure the best outcome possible.

Why are veterans drinking?

The AAC study looked at the Centers for Disease Control’s 2017 Behavioral Risk Factor Surveillance System data. Not surprisingly, post-traumatic stress disorder, or PTSD, is linked to veteran binge drinking and drunk driving. Combat veterans might self-medicate with alcohol to numb feelings of PTSD, which include nightmares, anxiety, depression, anger, and flashbacks. Between 60 to 80 percent of Vietnam veterans binge drink or suffer from alcoholism and addiction. Alcohol can increase PTSD symptoms rather than diffuse them.

Medical marijuana is legal in Minnesota – and PTSD is a qualifying condition. However, studies have shown that cannabis also might make symptoms worse instead of better.

The suicide rate among veterans nationally has increased by 25 percent in the last decade.

Veteran drunk driving increased from 1.6 percent in 2014 to 2.5 percent in 2017. Men were more likely than women to get behind the wheel after drinking, except for veterans who earn more than $75,000. In those instances, rates were highest among both male and female veterans.

Minnesota was not in the top 10 states for veterans who drove intoxicated, the study found.

Even so, with 8 out of every 100 veterans suffering from PTSD, the disease, and the effect it has on drunk driving, is an issue in Minnesota. Veterans who have been cited for a DWI need help perhaps even more than civilians. Often the reason they are drinking and driving is due to PTSD. In other words, it’s not their fault.

California and a few other states have either considered or approved legislation that would help veterans avoid a DWI conviction. While Minnesota does not have such laws on the books, veterans in Hennepin County may qualify for Veterans Court. In that circumstance, a veteran cited for DWI can received a reduced sentence, enter into a sobriety program, and receive counseling that might ease PTSD symptoms.

There also is a chance that a judge could dismiss a DWI depending on the circumstances of the arrest as well as the veteran’s PTSD, traumatic brain injury or other combat-related mental health issue.

In any case, the only way to receive a positive outcome –whether you are a veteran or not – is to have an experienced DWI legal team on your side. The attorneys at Gerald Miller and Associates have defended every type of DWI case, no matter how hopeless or complicated it might seem at first. We will stop at nothing to earn you a fair, positive outcome so you can get help with your PTSD and live the happy, fulfilling life you – and all of the brave men and women who have served in the U.S. Armed Forces – have earned and deserve.

Thank you for your service.

Sound like you or someone you know? Contact the experienced Minnesota DWI attorneys at Gerald Miller, P.A. Our expert team will look at your case and determine the best course of action. We will guide you through the process, working toward a positive outcome no matter the circumstances of the arrest.

We are often asked, “Should I contest this case?” Yes. You should, absolutely, positively 100 percent of the time. Every arrest is different; few are open and shut cases. We look at every aspect of the case, from time of the arrest to the officer’s actions to the accuracy of your Breathalyzer test. There is always hope.