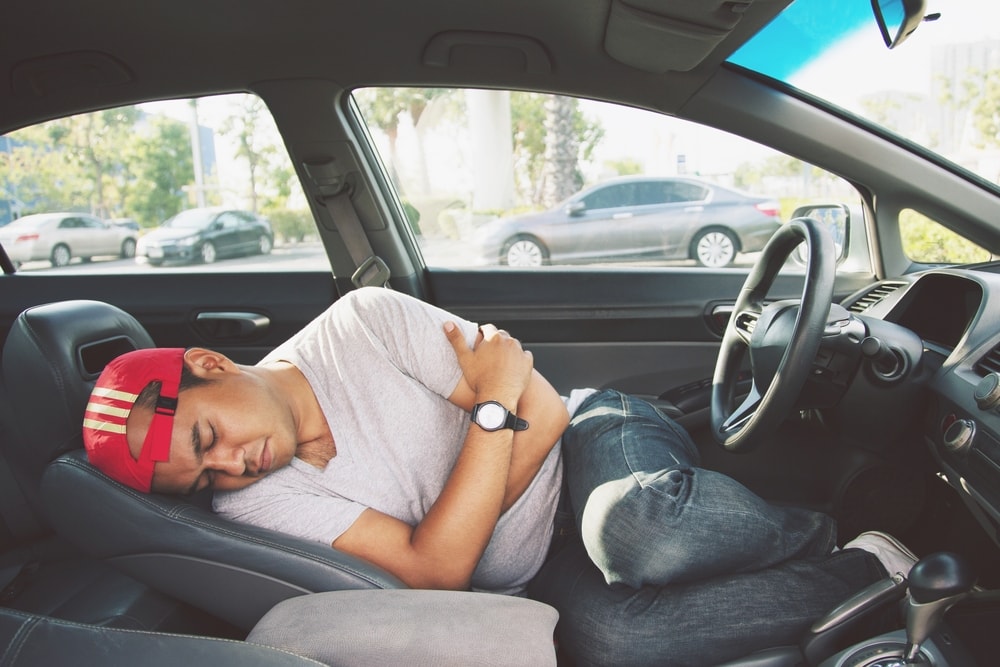 Best Minneapolis DWI Lawyer | Can you get a DWI even if you’re not driving?

The Answer May Surprise You.

Remember the hit sitcom “Everybody Loves Raymond?” The show outlined the hilarious chronicles of Long Island, New York sports writer Ray Barone and his family. One memorable episode featured Ray’s wife Debra napping in her car after she had too much to drink at a wedding shower. She thought she was being responsible, and figured she’d sleep it off. The police pick her up, though, and she’s taken to jail for drunk driving. Debra is ultimately let go with a warning after Ray arrives to bail her out, much to the couple’s relief.

The episode aired in 2003, but its subject matter touched on a misconception many people, including Minnesotans, still have today: You can’t get a DWI if you’re not actually driving, right?

Under state law, it is illegal to drive, operate, or be in physical control of any motor vehicle while under the influence of alcohol, drugs, or another substance that can cause impairment. The law also states that motorists cannot drive with a blood alcohol concentration of .08 or more, or .04 if driving a commercial vehicle.

Clients often assume that they cannot be arrested for DWI if their vehicle is not moving. However, Minnesota law only requires a driver to be in “actual physical control” of a motor vehicle. This phrase generally means that a person has the ability to initiate movement of the vehicle while in close proximity to the operating controls.

Minnesota courts have thus construed “actual physical control’ to encompass situations where an intoxicated motorist in a parked vehicle could start the vehicle without much difficulty – even if they don’t touch the keys. So if someone is in the driver’s seat sleeping off too much alcohol, he or she could be deemed to be in physical control, and therefore can be considered for a Minnesota DWI charge.

Were you cited for DWI – even though you weren’t driving? Don’t wait. It’s important to have a DWI attorney fighting for you as soon as possible after your arrest. Minneapolis DWI lawyer Gerald Miller and his experienced legal team have defended some of the most difficult DWI cases in the state. Call Minnesota DWI law firm Gerald Miller, PA at 612-440-4608 or contact us here. We’re available 24 hours a day, 7 days a week. Your first case evaluation is free.

The DWI attorneys at Gerald Miller, PA will look at your case and remind you that there is always hope. There is a lot that a lawyer with experience in DWI cases can do to help – including getting your charges reduced or dismissed completely.

What Does Actual Physical Control Mean?

Actual physical control is considered by Minnesota courts to include someone who, as mentioned above, is sleeping in their car. That’s even if the car isn’t running, and the keys aren’t in the ignition. The courts also fault someone who is standing in their driveway or garage with the car running.

Late one night, a concerned citizen called 911 to report a man who was unconscious in the driver’s seat of a car parked outside an apartment complex. When police arrived, they found the man, Daryl Fleck, asleep behind the wheel. Fleck was intoxicated, and was found to have a blood alcohol content of .18, well above the legal limit of .08.

Fleck’s keys were on the passenger seat, and it didn’t appear he had driven the car recently. Three open beer cans were found under a blanket in the passenger’s seat. Police arrested Fleck, who had prior DWI convictions on his record. He was charged with two counts of first-degree driving while impaired for being in physical control of his vehicle while drinking, and for being in physical control of the car with a BAC of .08 or higher.

Fleck was convicted and sentenced to 48 months in prison. He appealed the conviction, arguing that police had insufficient evidence to find him in physical control of his vehicle, since he was asleep and the keys were on the seat next to him.

The appeals court disagreed, and Fleck’s conviction was upheld. The court said that Fleck could have easily taken control of the vehicle,  which posed a threat to others.

Such cases are certainly complicated. If it happened to you or someone you know, call the attorneys at Gerald Miller, PA. We have taken cases all the way to the Minnesota Supreme Court – and we are prepared to fight for you.

Were you or someone you love arrested for DWI or BWI? The process can be worrisome – or even frightening. There are a lot of unknowns and legal jargon to weave through. You’re not alone. We can help, whether it’s your first DWI  or if you’ve been convicted in the past.

If you are facing a conviction, the experienced Minnesota DWI attorneys at Gerald Miller, P.A. will look at your case and determine the best course of action. We will guide you through the process, working toward a positive outcome no matter the circumstances of the arrest. Our firm has a high success rate, and we’ve fought cases all the way to the Minnesota Supreme Court.

Your case is not open-and-shut. You should fight. We look at every aspect of the case, from the time of the arrest the officer’s actions to the accuracy of your Breathalyzer test.

The Minneapolis lawyers at Gerald Miller handle all aspects of criminal law across the Twin Cities and statewide, but we have focused on DWIs for nearly 40 years. A DWI affects your driving ability, your finances and your professional reputation. Don’t let one mistake affect your future.

We have earned dozens of positive Google, Yelp and Facebook reviews from satisfied clients. We are widely recognized throughout the Twin Cities for our professionalism, compassion, success rate, knowledge, and dedication both in and out of the courtroom. The Minneapolis DWI attorneys at Gerald Miller DWI Law Firm are respected by our peers, colleagues, judges, and prosecutors. We have earned national awards and accolades from the American Bar Association, The National Trial Lawyers, the American Institute of DWI/DUI Attorneys, the National Academy of Criminal Defense Attorneys, the National Academy for DUI Defense, and more.

Legal Counsel is Critical to Success

The sooner you contact us, the sooner we can start protecting your rights.  Even if a case cannot be dismissed, your charges may be reduced, which is a positive outcome no matter how you look at it. The details of a case and situation matter so much: Like, whether you have prior history of DWI, your test result this time, was there an accident, etc. It alsohelps if you were cooperative at the time of your arrest and if you followed the instructions of the court prior to your hearing, including completing an alcohol assessment and/or DWI classes.

Contact us today to schedule your free and confidential case evaluation at 612-440-4610. We are available 24 hours a day, seven days a week to give you some answers, a little hope, and plenty of well-deserved peace of mind. We can also be reached on Facebook, Twitter, Instagram, and LinkedIn