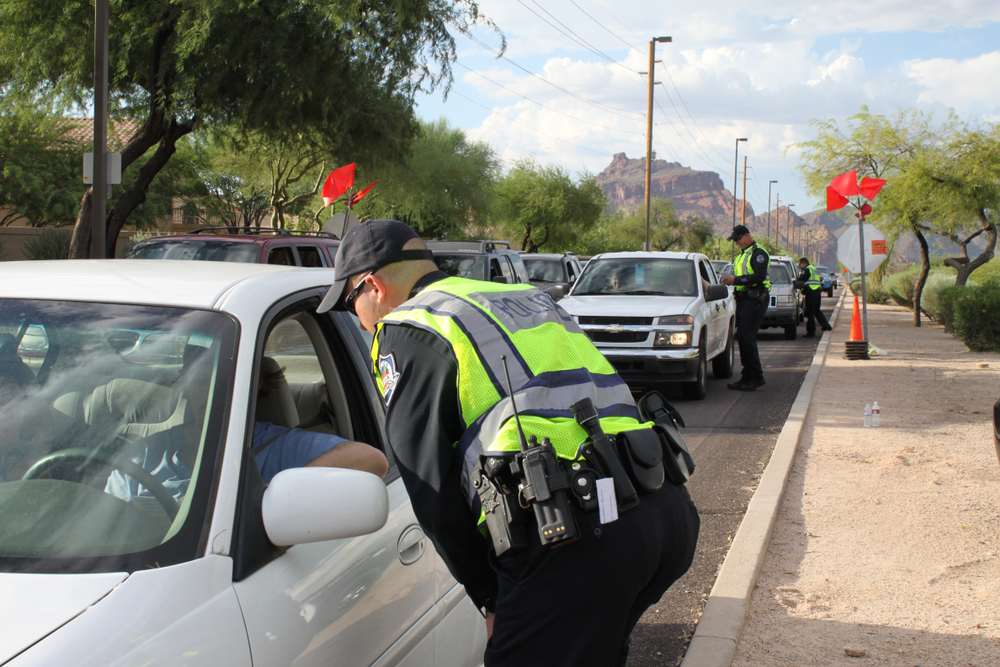 Can You Refuse to Stop at a DWI Checkpoint in Minneapolis?

Checkpoints are a commonly-used technique by law enforcement to identify, arrest, and prosecute motorists for driving while impaired (DWI). Despite countless challenges at the United States Supreme Court, the justices have repeatedly ruled DWI checkpoints constitutional in most situations.

Despite their prevalence nationwide, DWI checkpoints are not legal in Minneapolis. The police are prohibited from relying on them, meaning you are within your rights to refuse to stop at one.

Even though checkpoints are not an option for police in Minneapolis, DWI arrests are still common. If you have been pulled over under suspicion of DWI, it is vital that you speak to an attorney as soon as possible. Let the attorneys of Gerald Miller assist you with your defense options.

What is a DWI checkpoint in Minneapolis?

A DWI checkpoint is a roadblock set up with the purpose of identifying and arresting impaired drivers. In some states, these roadblocks are used on a regular basis. In others, they are only common at times when drunken driving is prevalent. This could include holidays like New Years’ Eve or the 4th of July.

When the police set up a road block, they typically notify the media to inform the public that stops will occur. These checkpoints are not held on major highways or in places that would have a significant impact on traffic.

When drivers are stopped at a checkpoint, the contact is typically brief. The police will speak with the driver in an effort to detect the smell of alcohol. They will usually ask the driver where they have been and if they have been drinking.

If there are any signs of intoxicate, the police will typically request that the driver perform field sobriety tests. If the police determine that the results of these exercises and the other evidence are strong enough, they will make an arrest.

Checkpoints are Permitted Under Federal Law

Challenges to the legality of DWI checkpoints have been made at the federal level on more than one occasion. These challenges have often been based on the premise that a roadblock is a form of illegal seizure prohibited by the Fourth Amendment to the United States Constitution.

Despite these arguments, the Supreme Court has repeatedly found that DWI checkpoints do not inherently violate the Fourth Amendment. The court has reasoned that as long as these stops are applied randomly or to every vehicle, the benefits of stopping drunk drivers outweighs the inconvenience of going through a checkpoint.

There are limits to what federal law will allow. While police can stop every driver briefly to investigate the potential for impairment, this detention cannot be unreasonably long. What’s more, the police may have the right to stop drivers and speak with them but they are not entitled to search cars without probable cause. When the police overstep, an arrest could be ruled unlawful.

Are Checkpoints Legal in Minneapolis?

DUI checkpoints are illegal in Minneapolis and throughout the State of Minnesota. While the United States Supreme Court has ruled that federal law does not prohibit these roadblocks, it also held that state law could prohibit DWI checkpoints. While most states have opted not to bar the use of these checkpoints, Minnesota has not followed suit.

In 1994, the Minnesota Supreme Court ruled that DWI checkpoints violate the Constitution on the grounds that they deprive motorists of their search and seizure rights. Since this decision, state law has barred law enforcement from using these checkpoints as a tool for stopping DWIs.

Probable Cause Could Still Lead to a DWI Arrest in Minneapolis

A DWI checkpoint might not be an option for police officers in Minneapolis, but they are still able to make arrests under a variety of circumstances. Police are constantly on patrol, and an officer that finds probable cause could still make a DWI arrest.

Most DWI arrests stem from a traffic stop based on a moving violation. The police cannot stop you for any reason they want, but if they witness you making a moving violation, they have the right to pull you over.

Once the police make contact with you, they can respond to any signs of intoxication by investigating the possibility of a DWI. That means you could ultimately be arrested under suspicion of DWI even if you were originally pulled over for another reason.

What Happens After a DWI Arrest in Minneapolis?

Regardless of the circumstances of your arrest, the steps that follow are typically the same. The police follow a familiar process in the aftermath of a DWI arrest that will ultimately lead to a charge of DWI.

Part of towing your car includes a search of the vehicle. The police have the right to do this following your arrest due to their obligation to catalog your personal property. Your vehicle will be taken to an impound lot and you will be responsible for the cost of storing it.

When you get to the police station, the arresting officer will typically ask you to submit to a breathalyzer test right away. While you might have given a roadside breath sample at the time of the police stop, the results from those tests are not admissible in court.

The breathalyzer test is often central to the state’s case. If your blood alcohol concentration is above the legal limit, they have viable evidence to seek a conviction for DWI.

Minnesota has something known as “implied consent” laws, which mean that you consent to give a blood, breath, or urine sample when you are suspected of DWI. If you refuse to do so, you could face additional criminal charges.

Once you have submitted to the breathalyzer test, you will be formally booked into jail. For first-time offenders, this stay could be brief. The police frequently release first-time offenders on their own recognizance after enough time has passed to ensure a driver has sobered up.

Repeat offenders might not be so lucky. If you have a DWI on your record, the police might require you to remain in jail until your arraignment. Only then could you bond out and await trial out of jail.

Speak to a Lawyer

At some point following your arrest, you will have the opportunity to talk to a lawyer about your case. The sooner you seek out legal counsel, the sooner you could get started on building the strongest defense possible.

An attorney could play a vital role in fighting these charges. In some cases, they could help you have your case dismissed. In others, they could get the charges reduced or secure a favorable sentence. The right legal counsel could make a tremendous difference in your DWI case.

Let Gerald Miller Help You Fight Back in Minneapolis

As a driver in Minneapolis, you do not have to worry about the prospect of facing arrest at a DWI checkpoint. Since 1994, state law has prohibited the police from using checkpoints to deter drunken driving across Minnesota.

The lack of checkpoints does not prevent you from being arrested for DWI in other circumstances. If the police suspect you are impaired after they stop you for a traffic violation, you could face an arrest for DWI. The attorneys of Gerald Miller understand the stress that can come with a DWI arrest, and we look forward to help you navigate the criminal justice system. Call today for your free consultation.