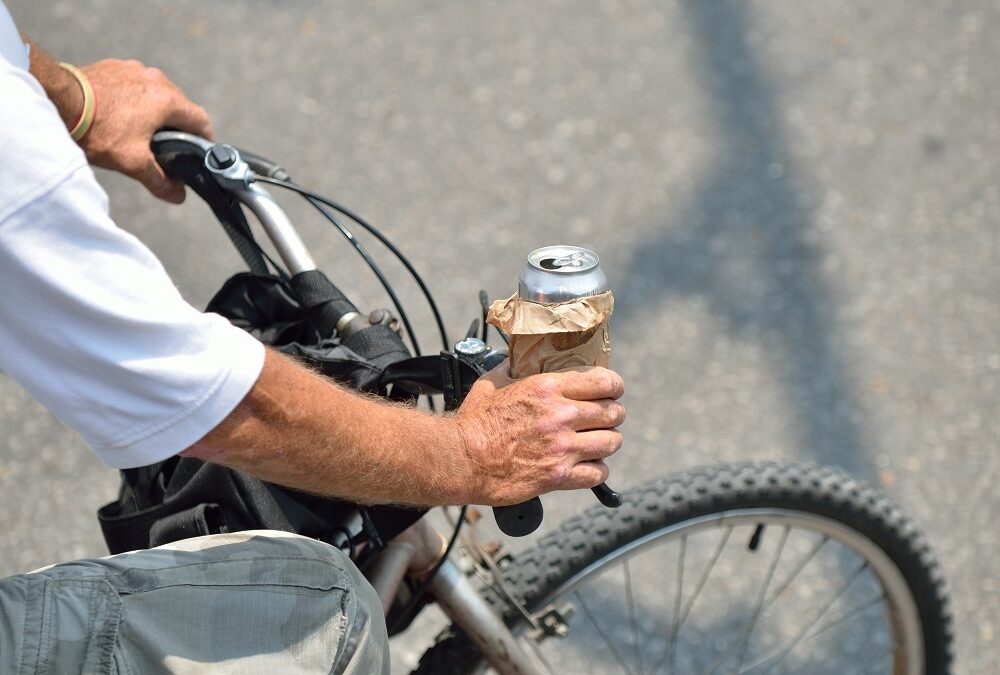 Can I Get a DWI while Riding a Bicycle in Minneapolis, MN?

If you are arrested for operating a motor vehicle while impaired (DWI) in Minnesota, a conviction could bring about some steep consequences. But can you get a DWI on a bicycle in Minnesota? Believe it or not, some states treat bicycles the same as cars or trucks when it comes to drunken driving offenses.

Thankfully for some cyclists, state DWI law does not apply to anyone operating a bicycle while under the influence of drugs or alcohol. That does not mean you can ride a bicycle on a public street while intoxicated without any potential consequences. If you face an arrest for an alcohol-related incident, let a Minneapolis DWI defense lawyer at Gerald Miller assist you in developing a winning defense.

The Definition of a Vehicle in DWI Cases

While DWI offenses can involve a wide range of fact patterns, a prosecutor must establish certain elements in any of these cases in order to obtain a conviction. In addition to establishing that a defendant in a DWI was intoxicated, the state must also show that they were operating or in actual physical control of a motor vehicle. It is the definition of a motor vehicle under state law that excludes a cyclist from possible DWI charges.

The definition of “motor vehicle” is found in Minnesota Statutes Section 169A.03. According to the statute, the term is defined as:

Why a Bicycle Does Not Qualify as a Motor Vehicle

The statute was written in an effort to apply to more than just passenger vehicles or commercial trucks. It includes everything from trolley cars to motorboats as long as they are self-propelled or in some way powered through electricity. That said, the statute clearly states that any vehicle that moves entirely by human power does not qualify as a motor vehicle under the DWI statute. This includes not only bicycles but also modes of transportation like rowboats or skateboards as well.

Likewise, the statute does not apply to the rider of a horse. While the statute does not mention horses specifically, there is little doubt that a horse does not qualify as an electricity-powered vehicle. It should also be noted that it is possible to modify scooters or bicycles to include some form of motor. If a bicycle is motorized in any way, a DWI charge could be appropriate. This is the case even if the bicycle primarily relies on human power.

Other Elements of a DWI

The definition makes it impossible for the prosecution to pursue a DWI for a person on a bicycle. However, it is helpful to understand the other aspects of the DWI statute. In addition to proving that you were operating or in control of a motor vehicle, the state must also demonstrate beyond a reasonable doubt that you were impaired. There are seven approaches under the law that the state can use to prove impairment. The prosecution needs to only prove one to secure a conviction. These include:

The most common of these elements is in paragraph (5). This type of DWI is referred to as “per se” DWI. Per se DWI is popular with prosecutors because it provides an objective standard for a jury to rely on. Instead of requiring a jury to reach a subjective conclusion about being under the influence of alcohol or a drug, it is easier for the state to simply provide a blood, breath, or urine sample with a blood alcohol concentration (BAC) of .08 or greater.

In theory, there is one exception where a person riding a bicycle could be charged with DWI. Under the per se DWI statute, a person is guilty of DWI if their chemical test collected within two hours of operating a vehicle shows a BAC of .08 or more. In other words, a person could be driving a motor vehicle while impaired, only to be stopped less than two hours later while on a bicycle. While this fact pattern is far-fetched, it could technically result in a DWI arrest for a person on a bicycle.

Consequences of a DWI Conviction

It is a good thing that a person on a bicycle cannot be found guilty of DWI no matter how impaired they might be. This is because the penalties associated with DWI are steep.

By far, the primary concern of most people facing DWI charges is the prospect of spending time behind bars. The risk of jail time is real, even for first-time offenders. The penalties scale up with each prior conviction, with felony DWI convictions having the potential to bring years in state prison.

Fines are another common penalty for DWI. These fines can be steep even for first-time offenders, and the maximum amounts go up with additional convictions. A felony DWI conviction could result in a fine of as much as $14,000.

The suspension of driving privileges is another common penalty associated with DWI cases. If you are convicted of a DWI, you could not only have your license revoked, the state could even seize your motor vehicle and sell it. For felony convictions, the revocation of your driving privileges could last for several years.

For anyone arrested while riding a bicycle under the influence of drugs or alcohol, a charge of DWI might not stick. That does not mean you will entirely avoid an arrest or conviction for a criminal offense. One way the police could make an arrest other than a DWI charge is on the offense of impeding traffic. This charge is especially common if a cyclist is stopped while on a busy highway or interstate.

While public drunkenness is not a crime in Minnesota, there are many other alcohol-related offenses that could apply depending on the circumstances. If a drunken cyclist injures someone or damages property, they could face charges of assault or damage to property.

Disorderly Conduct for Being Intoxicated on a Bicycle in MN

Likely the most common option in this situation involving an intoxicated cyclist would be an arrest for disorderly conduct. Disorderly conduct is a broad offense that can cover a wide range of behavior, including causing a disturbance in public.

Often, the primary goal of the police will be to first remove a person from the street. For that reason, they might make an arrest even if they are unlikely to obtain a conviction.

If you’re asking can you get a DWI on a bicycle in Minnesota, the answer is technically No. Instead of a DWI, there are still a number of serious criminal offenses the state could bring if you operated a bicycle on a public roadway while impaired. The attorneys of Gerald Miller have a long history of defending alcohol-related allegations and are ready to get to work on your defense. Call as soon as possible to schedule your free consultation.