While recreational marijuana legalization has yet to be approved by Minnesota lawmakers, the move is gaining public approval across the country, including in the Land of 10,000 Lakes.  Gov. Tim Walz has expressed support for legalization, announcing in August that he has ordered state agencies to be ready to roll once recreational pot legislation is approved.

“My agencies have been tasked to put all of the building blocks in place, from Revenue to the Department of Public Safety to the Department of Health,” Walz said. “We will have everything ready to go, and we will be able to implement it in Minnesota the minute the Legislature moves this.”

Lawmakers in 2019 shot down a bill decriminalizing marijuana for recreational use after a public vote. If a similar measure is introduced and approved once the Legislature convenes early next year, Minnesota would join nearly a dozen states who have legalized non-medical cannabis, including California, Colorado, Washington, and Oregon. In those states, marijuana is legal, regulated and taxed – and DWI enforcement has gone up big time. The same is likely for Minnesota.

Once Minnesotans are allowed to smoke or ingest marijuana openly and legally, more and more people will seek the assistance of Minnesota DWI defense lawyer Gerald Miller and his team to help defend their cases and protect their rights. If you have been charged with a DWI – whether it had to do with marijuana, alcohol, or prescription drugs – you are sure to have a lot of questions – including what kind of penalties you’re facing.

At Gerald Miller, P.A., we handle all aspects of criminal law. However, Minnesota DWI and DUI cases are our primary focus, so you can be assured that you receive the best legal representation out there.

Why choose the best Minnesota DWI lawyer instead of settling for the cheapest? Because driving under the influence cases can be the most difficult to overcome. If you were pulled over and accused of marijuana use, you may also be dealing with drug charges as well, since for now recreational use is still illegal in Minnesota. Don’t go at it alone, and don’t let a one-size-fits all attorney handle your case. It’s too important to your life and your future. 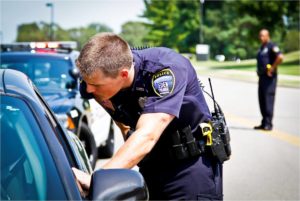 Minnesota DWI Law and Marijuana Use

Minnesota is likely to approve a future bill allowing the state’s residents and visitors to freely smoke weed, eat edibles or use any other form of the drug without fear of arrest and a drug charge. Marijuana for medical use was approved in 2014, which allows Minnesotans suffering from certain conditions to legally use marijuana to ease their symptoms. Support for pro-marijuana candidates sparked the qualification of two groups, “Legal Marijuana Now” and “Legalize Cannabis,” as major political parties in Minnesota by getting at least five percent of the vote in statewide races.

But regardless of whether someone legally uses medical marijuana now or does it recreationally and legally down the road, he or she can find themselves in a legal jam if they get behind the wheel after using.

Minnesota’s drunk driving law is referred to as DWI, which stands for driving while impaired. “Impaired” isn’t limited to alcohol use. If a police officer stops someone whose driving ability appears compromised, like when under the influence of marijuana, he or she can make a DWI arrest. Any substance – including legal medical or recreational marijuana – can result in a DWI.

Minnesota law gives police officers the authority to make a judgement call during a traffic stop. Any law enforcement official in the state of Minnesota can arrest someone for a DWI or DUI if he or she seems visibly impaired to the officer’s eye.

As of now, 33 states and the District of Columbia have medicinal cannabis laws on their books. Minnesota’s medical marijuana law is considered among the country’s most restrictive, and it applies to only pill or liquid form. There are only two manufacturers who are allowed to distribute it to one of eight medical dispensaries in the state, and about 1,480 health care practitioners authorized to certify patients. Only the following health conditions apply: 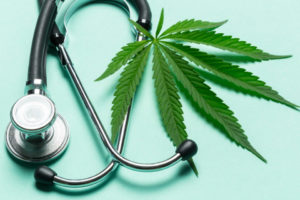 Medical Marijuana Use Can Result in a DWI

If you have been arrested and charged with DWI because you were taking medication that was prescribed by your doctor, it is essential that you do everything that you can to increase your chances of avoiding some of the negative consequences of being charged with DWI. The first step is to speak with an experienced, compassionate DWI attorney at Gerald Miller, P.A. as soon as possible. We can help you build a strong defense against the charges that you’re facing. Contact an attorney at Gerald Miller, P.A. for a free case evaluation today.

You can’t smoke marijuana or grow it if you’re taking marijuana for a health reason. It has to be prescribed by a participating health practitioner. And again, just as with other legal prescription drugs, you can get a DWI if you legally use marijuana for medical reasons and are pulled over in a traffic stop if the officer decides you are impaired.

What’s more, marijuana, whether it’s legally prescribed for medical purposes or not, is still classified as a Schedule I drug under the federal Controlled Substances Act of 1970. The cultivation, manufacture, sale, distribution, and use of medical cannabis violates the CSA and constitutes a federal felony. The conflict between state and federal law raises many legal questions for Minnesota residents and health care providers, and the area will become even more convoluted if recreational pot is legalized statewide.

In a drunk driving arrest, there are three ways that the Minnesota Department of Public Safety can revoke your license prior to a court date:

But when it comes to THC, the active ingredient in marijuana, things get tricky. Although it is a Schedule I drug, the Department of Public Safety will not revoke your license pre-hearing if THC is the only drug in your system. That means even if you took legally-prescribed marijuana before you got behind the wheel and are charged with a DWI, your license is at risk of being revoked depending on the outcome of the criminal case against you. In other words, if you are convicted of DWI, then your license will be revoked as a result even if it’s not revoked before your hearing.

In addition to possible license-related consequences, the penalties for driving with medical or recreational weed in your system are the same as drunk driving with alcohol. Your first offense within a 10-year period is a misdemeanor punishable by up to 90 days in jail and a $1,000 fine. If there are aggravating factors, such as a child in the car or a crash that resulted, the punishments are typically larger. A second or third offense within a 10-year period are considered gross misdemeanors punishable by up to one year in jail and a $3,000 fine. If you get four offenses in 10 years, you could face up to seven years imprisonment and a $14,000 fine. At that point, you’ve committed a felony in the eyes of Minnesota lawmakers.

Fortunately, defendants in DWI cases may have their charges dismissed if they are able to present credible evidence that they were taking a Schedule I or Schedule II medication as prescribed by their doctor or an approved marijuana health practitioner when they were arrested and charged with DWI.  However, this often means that the defendant will have to testify in their own defense, which could be construed as a violation of their constitutional rights and their right to a fair trial. Notwithstanding these potential pitfalls, many defendants who have that type of evidence available to them do choose to testify. With the help of an experienced and skilled Minnesota DWI attorney, that evidence can be presented to the court to boost the chance that their criminal DWI case will be dismissed by a judge. If you’ve been arrested for DWI under the influence of medical cannabis, we can help.

For now, Minnesotans will wait and see what happens with regard to recreational marijuana. If it’s approved – don’t drive after smoking. Use the same judgement you would after drinking. Our attorneys understand that people make mistakes, though, and will treat you with compassion, understanding, and fairness. We will fight for you until a positive outcome is reached.

Were you or someone you love arrested for DWI? The legal process is overwhelming for most defendants. There are a lot of unknowns and legal jargon to weave through. We can help, whether it’s your first DWI or if you’ve been convicted in the past.

If you are facing a conviction, the experienced Minnesota DWI attorneys at Gerald Miller, P.A. will look at your case and determine the best course of action. We will guide you through the process, working toward a positive outcome no matter the circumstances of the arrest. Our firm has a high success rate, and we’ve fought cases all the way to the Minnesota Supreme Court.

Your case is not open-and-shut. You should fight. We look at every aspect of the case, from the time of the arrest the officer’s actions to the accuracy of your Breathalyzer test, or sometimes blood or urine test.

The Minneapolis DWI lawyers at Gerald Miller handle all aspects of criminal law across the Twin Cities and statewide, but we have focused on DWI cases for nearly 40 years. A DWI conviction affects your driving ability, your finances, your quality of life, and your professional reputation. Don’t let one mistake affect your future.

We have earned dozens of positive Google, Yelp and Facebook reviews from satisfied clients. We are widely recognized throughout the Twin Cities for our professionalism, compassion, success rate, knowledge, and dedication both in and out of the courtroom. The Minneapolis DWI attorneys at Gerald Miller DWI Law Firm are respected by our peers, colleagues, judges, and prosecutors. We have earned national awards and accolades from the American Bar Association, The National Trial Lawyers, the American Institute of DWI/DUI Attorneys, the National Academy of Criminal Defense Attorneys, the National Academy for DUI Defense, and more.

The sooner you contact us, the sooner we can start protecting your rights. Even if a case cannot be dismissed, your charges may be reduced. First-time offenders have a stronger chance to receive reduced charges than a repeat offender. The level of impairment will be a critical part of a case dealing with marijuana use, and could be a big part of the negotiation with the prosecutor. It helps if you were cooperative at the time of your arrest and if you followed the instructions of the court prior to your hearing, including completing a chemical health assessment and/or DWI education classes.

Contact us today to schedule your free and confidential case evaluation at 612-440-4610. We are available 24 hours a day, seven days a week to give you some answers, a little hope, and plenty of well-deserved peace of mind. We can also be reached on Facebook, Twitter, Instagram, and LinkedIn.

Maggie O’Brien is the founder and CEO of Vibe Digital. Visit https://getvibedigital.com.

How Can We Help?

Get in touch today